On Hope and The United States Holocaust Memorial Museum 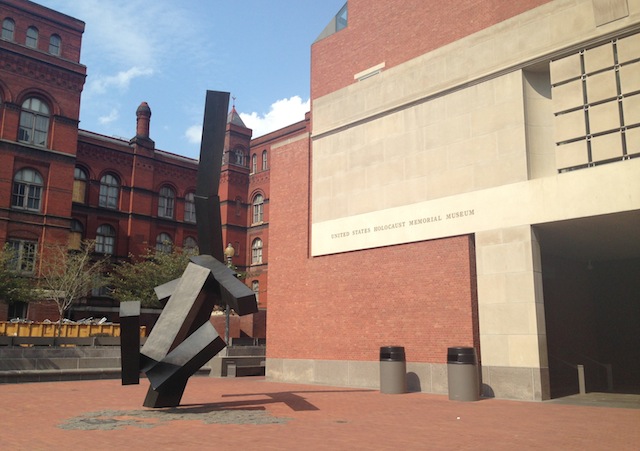 This year marks the 20th anniversary of the United States Holocaust Memorial Museum (USHMM) in Washington, DC. Eight years ago, I volunteered at the Museum in their External Affairs Department. Whenever my internship comes up in conversation, people get a concerned look on their face and remark that it must have been depressing to be there. This is a huge misconception about the Museum. That was not my experience at all. It was not depressing. It was the opposite. It gave me hope. Don't get me wrong, the Museum's subject material is heavy. With so many lives lost and so many unthinkable atrocities committed, it has to be. But the Museum is committed to telling the stories behind the people who lost their lives during the Holocaust and also of those who survived. Through its exhibitions, the Museum shares the ordinary bits of people's lives - family photos, birthdays, celebrations. It shares stories about small and large acts of humanity and rebellion during the war. Together, these stories bring a sense of humanity, community, warmth, and hope to the Museum.

There are many things that I admire about USHMM. I appreciate its honesty about the role the United States played during the war. (In short, we had the opportunity to help earlier and through our inaction, failed so many people.) I also appreciate the fact that the Museum is committed to preventing atrocities like the Holocaust from happening again. And when signs of genocide emerge, the Museum takes a stand and brings awareness to the situation. And lastly, I appreciate the Holocaust survivors who volunteer at the Museum. We do not often have the opportunity to interact with people who lived through major historical events like the Holocaust. Meeting someone in person and hearing their story is a profoundly different experience than watching an event on television or reading about it in a book. Through their willingness to share, USHMM volunteers offer guests this opportunity. USHMM understands the value of this, too. This summer, the Museum launched its First Person Series, which allowed larger audiences to hear survivors' stories first hand. I am sorry I missed it.

If you are planning a trip to DC, USHMM is a must see. And if you have teenagers, you should take them, too. As we learned during the Holocaust, the bystanders in a situation have the most power to stop it. The Museum's exhibitions highlight this fact and therefore, can serve as an important platform to talk to your children about bullying. So plan on spending a couple of hours there. Afterwards, take some time to sit down and talk about what you saw. And if you can't make it to the Museum, perhaps you'll consider sharing your family's stories about WWII with your children, grandchildren, and others. (I just met two WWII servicemen this week!)