Plymouth Rock, Tiny Mustaches, and Other Odds and Ends 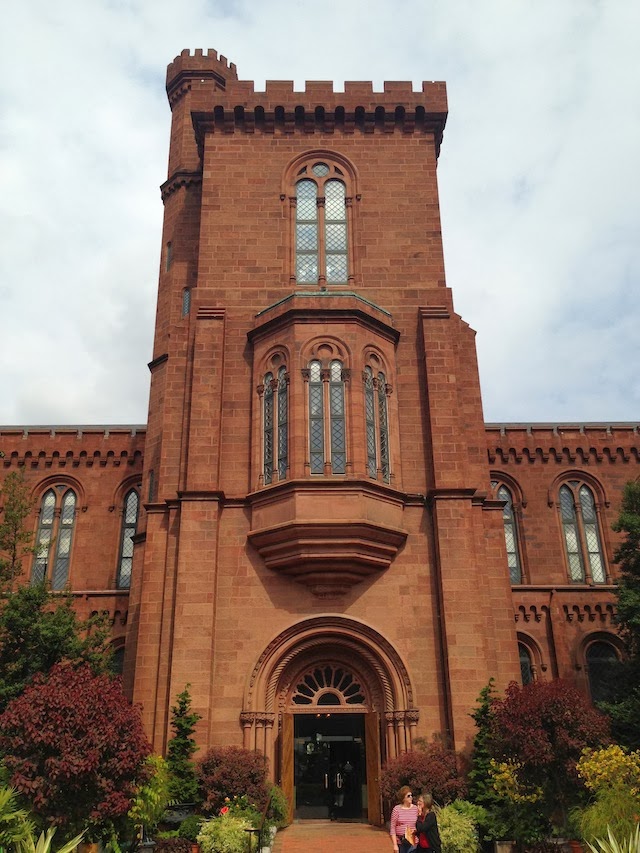 "Everybody's a thief. They were all stealing things."

That was my introduction to the new Souvenir Nation exhibition at the Smithsonian Castle in Washington, DC. The statement was made by a grumpy couple exiting the exhibit. It made me chuckle.

This ought to be interesting.

I had heard a lot of buzz about Souvenir Nation: Relics, Keepsakes, and Curios, starting with this tweetup. The tweetup was a brilliant idea (the Museum's second) and I was sad to miss it. So when I went to DC in late September, seeing the exhibition was on the top of my list.

The Smithsonian describes Souvenir Nation as a collection of "diminutive and personal objects that Americans have taken, made, and saved as historical mementos." Here's what I saw:

Locks of presidential hair which looked like a case of tiny mustaches.

A piece of Plymouth Rock. Apparently, back in the day, visitors could chip off a piece as a souvenir!

Hands down, the creepiest item in the collection was a lock of hair trimmed from Sir Walter Scott's head on his deathbed. Eeeeew.

The exhibit opened in August of 2013 and will close in August of 2014. If you're headed to DC (and I highly suggest you go in the Fall, Winter or Spring), stop by and check out Souvenir Nation. I'd love to hear your thoughts.
Email ThisBlogThis!Share to TwitterShare to FacebookShare to Pinterest
Labels: dc
NEWER POSTS PREVIOUS POSTS